Goals from ROBBIE THOMPSON and a DANIEL MACKAY penalty saw a mainly youthful Caley Jags side lead 2-0 at the break.

Everyone except Mark Ridgers got some game time but there was no further scoring after the interval.

A youthful Inverness Caley Thistle side beat Clach 2-0 at Grant Street Park, with Robbie Thompson and Daniel MacKay with the goals in the first half.

Thompson broke the deadlock after a swift counter attack after 42 minutes and MacKay doubled the lead on the stoke of half-time from the penalty spot, after he was fouled by the goalkeeper going through on goal.

The game also saw a vital game time in the tank for players Cammy Mackay and Brad Mckay ahead of the preparations for the start of the 2020/21 season.

It was a close first half between the sides with chances at a premium. Lewis Nicolson went closest after 15 minutes as he saw his free kick tipped over the bar.

After 36 minutes, Nicolson was involved again as his cross found MacKay in the middle but his header was held by the keeper.

Caley Thistle then ramped up the pressure at the end of the first-half. Harkness forced a save from the Clach goalkeeper from a tight angle.

With 41 minutes on the clock, Harry Hennem narrowly missed Lewis Nicolsonâs cross and it found its way to Daniel Mackay but his effort was just wide.

The deadlock was broken eventually after 43 minutes. Robbie Thompson was on hand in the middle to finish Daniel MacKayâs cross after a great counter attack from the visitors.

Daniel MacKay then made it 2-0 from the penalty spot on the stroke half-time. MacKay was brought after going through on goal and the referee pointed to the spot. MacKay stepped up to send the keeper the wrong way for 2-0.

After the break, Harry Nicolson saw his free kick tipped wide from about 25 yards after 49 minutes.

After 65 minutes, Brad Mckay picked out Daniel Mackay in the box with a great ball and he did well to get a shot away but his effort was wide.

The game also saw the introduction of many youngsters in the last twenty minutes with Ethan Cairns, Jacob Kerr, Aly Riddle, Kenny MacInnes, Dean Boyce and Caillean Eaglesham getting an opportunity from the bench. 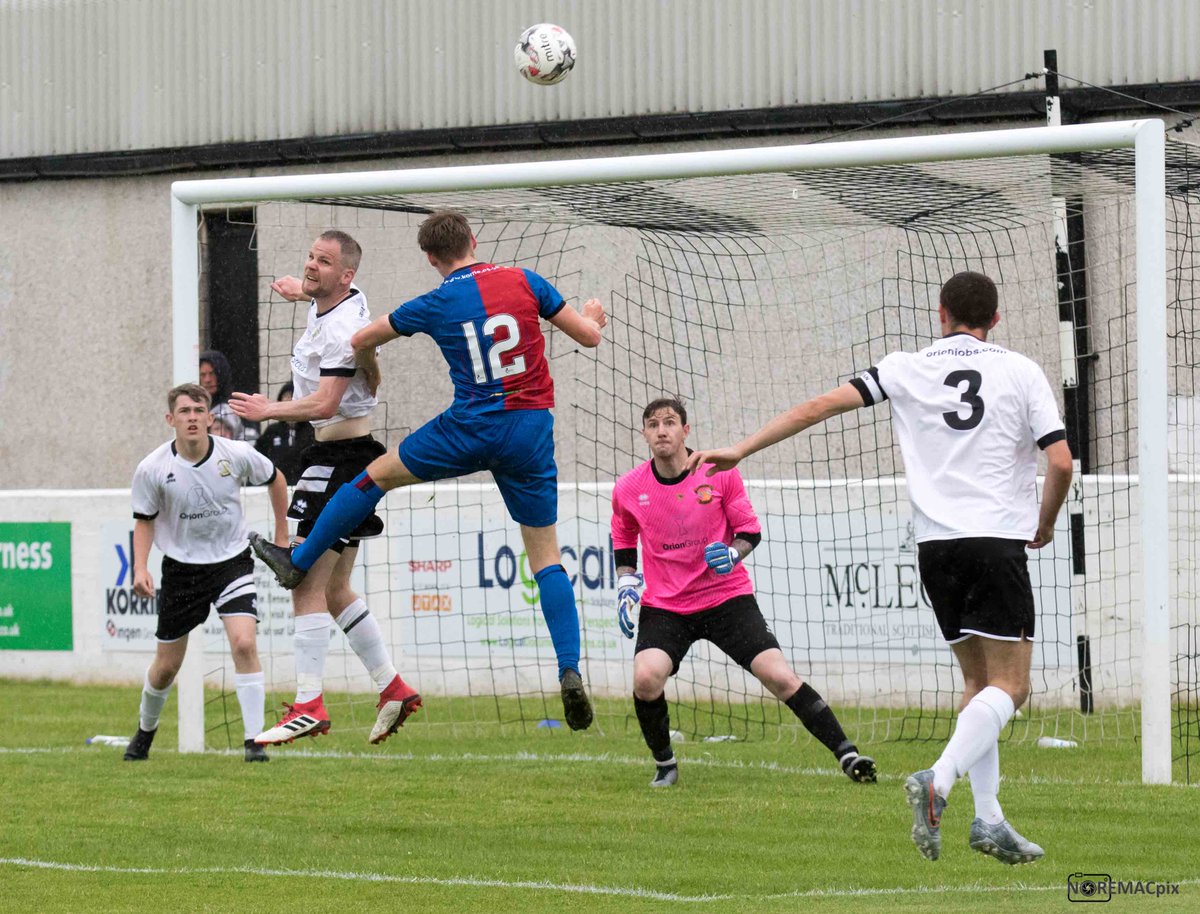