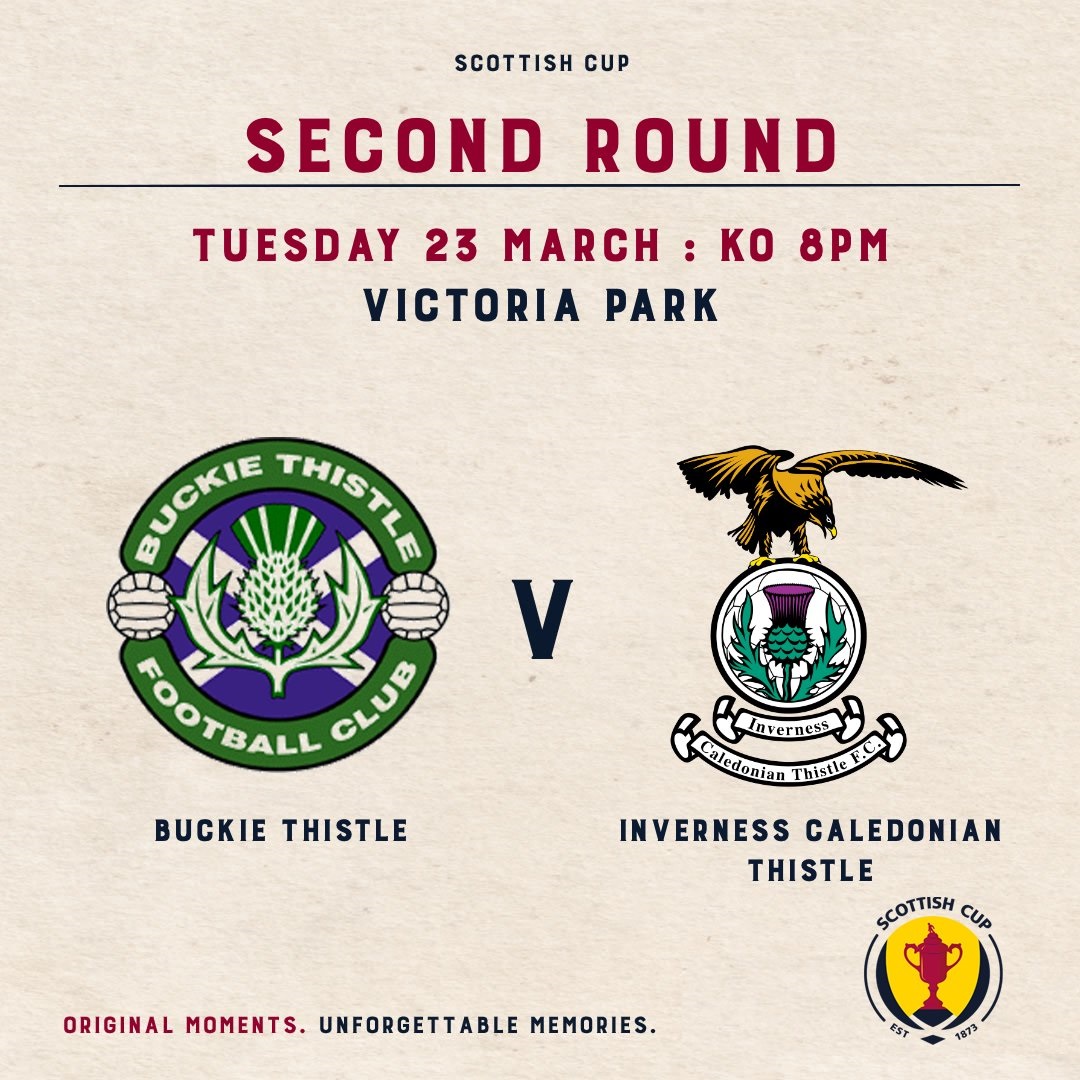 This long overdue Scottish Cup encounter went ahead after a nine week delay and it was Inverness that squeezed into the next round after Daniel Mackay scored the winner with five minutes left. James Keatings got the opener in 35 seconds but Jack Murray deservedly headed Buckie level fifteen minutes in. A shot from distance by Sean Welsh restored the visitors advantage but a final flurry of activity saw Callum Murray equalise only for Dan to score two minutes later. Credit to Buckie for making this difficult for the youthful Inverness side and a trip to Dingwall beckons.

It could have been worse; just look at the result from Brora where Hearts were dumped out of the cup 2-1 at Dudgeon Park. Now that's a result and that's what the cup is all about. Memories are made of this!

This was the first competitive meeting between these sides and it came at the end of a three month lay-off for Buckie Thistle due to the weather and coronavirus restrictions. Buckie's last competitive game was the 3-0 success over Albion Rovers on Boxing day in the first round of the Scottish Cup. Inverness were more prepared for this and were starting to put some decent results on the board with successive away wins at Starks Park and East End Park in the Championship. This game was twice frozen off before the Scottish Cup was put on hold. Unfortunately covid restrictions denied Buckie a night of drama at Victoria Park with no fans allowed in the ground. Live streaming was available from Buckie TV.

Buckie's manager is former Caley Thistle midfielder Graeme Stewart who played under John Robertson back in 99/2003 making 38 appearances and scoring twice. His assistant is another former young Caley Jag, Lewis MacKinnon. Great incentive for these guys to put on a performance against their former employers.

There were rare starts for a number of Caley Jags players with Cammy Mackay in goal, Harry Nicolson at right back and Ryan Fyffe in defence. Miles Storey also started after being a sub in the last couple on return from injury. Loan Ranger Arron Lyall went straight into the squad and was on the bench with Kane Davies and Ali Riddle. Buckie assistant Lewis MacKinnon was in the starting XI for the hosts.

A cold blustery night in Buckie met the sides as Inverness kicked off and James Keatings had the ball into the net in 35 seconds. He turned on a ball around the penalty spot and curled it low into the keepers right.

A loose pass out along the back offered a snippet of a chance for Buckie but the ball was stopped en route to goal and the chance lost. Big shout for a penalty after some lively forward play by Buckie with Sam Urquhart prominent down the left but referee Steven Reid was not interested.

Jack Murray levelled the game deservedly after a corner went across the face of the box. Lewis MacKinnon retrieved it and returned it onto the head of big Jack who powered his header into the net.

Sean Welsh restored the visitors advantage when he drove a powerful shot beyond the reach of keeper Bell from around twenty-five yards.

Sam Urquhart was lively and Cammy Mackay was forced into action as he saved his twenty yard shot low down. Good response from Buckie around the half hour.

A Keatings free kick was put into the net from close range but the whistle had gone for offside or an infringement.

Sam Urquhart again caused problems down the left and his low cross was palmed away by Cammy Mackay but no takers for the loose ball that ran away from everyone.

Big Jack was turning players inside out on the right wing like Ronaldo as we struggled to impose ourselves on proceedings.

Play was a bit fragmented up to half time but no further scoring before the break.

A quick start to the second half saw Miles Storey try to get a couple of crosses in from the left as we looked to get off to another flyer. However not enough interest shown inside the home box.

The blustery conditions were making silky football impossible as most balls were being overhit.

An untidy passage of play was interrupted when a deep cross was headed into the side net by Kevin Fraser at the back post. A warning for Inverness to up their game.

Cameron Harper made his return from injury fifteen minutes into the second half, replacing Kevin McHattie who looked injured.

More scrappy play was once more interrupted by a fierce shot from MacLauchlan that fizzed over the bar from the angle of the 18 yard box.

It was the hosts that were looking more likely to score the next goal and from a corner, Cammy Mackay flapped at the ball before a defender hoofed it clear.

Lewis MacKinnon went off injured and Inverness sent a couple of efforts well over the bar.

A bit of a scramble in the visitors box resulted in a corner and an even bigger scramble before the whistle brought some respite to the defence.

Storey broke into the box on the left but went wide and the keeper saved his stabbed effort well as Inverness pushed for the clincher and a free kick from the left was missed by everybody in the box when a touch would have resulted in a goal.

Substitute Callum Murray equalised after some sloppy defending allowed Murray to burst into the box and finish well.

However a couple of minutes later we went back in front with only five minutes left on the clock when Dan Mackay knocked a loose ball home from ten yards.

Credit to Buckie and they went back up the park and a ball across the face of the goal saw no takers.

Arron Lyall made his debut in injury time as the clock ran down and time just ran away from Buckie as Inverness edged a five goal cup-tie.

So it's Inverness that head to Dingwall in the next round after they were given a stern test by Buckie Thistle who will be delighted to be back on the park performing again.

Well done to Buckie and Highland derby here we come!

Sam Urquhart was my pick for MotM as he posed problems all night wide on the left. Jack Murray and Max Barry supported well, in fact considering the lack of game time recently, they were all brilliant. Good job by Spider who will be delighted by his teams performance on a difficult night for football. 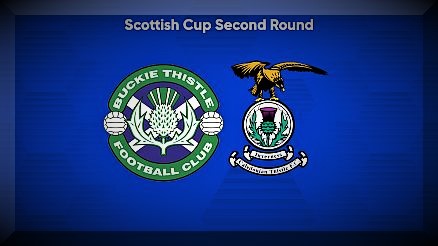