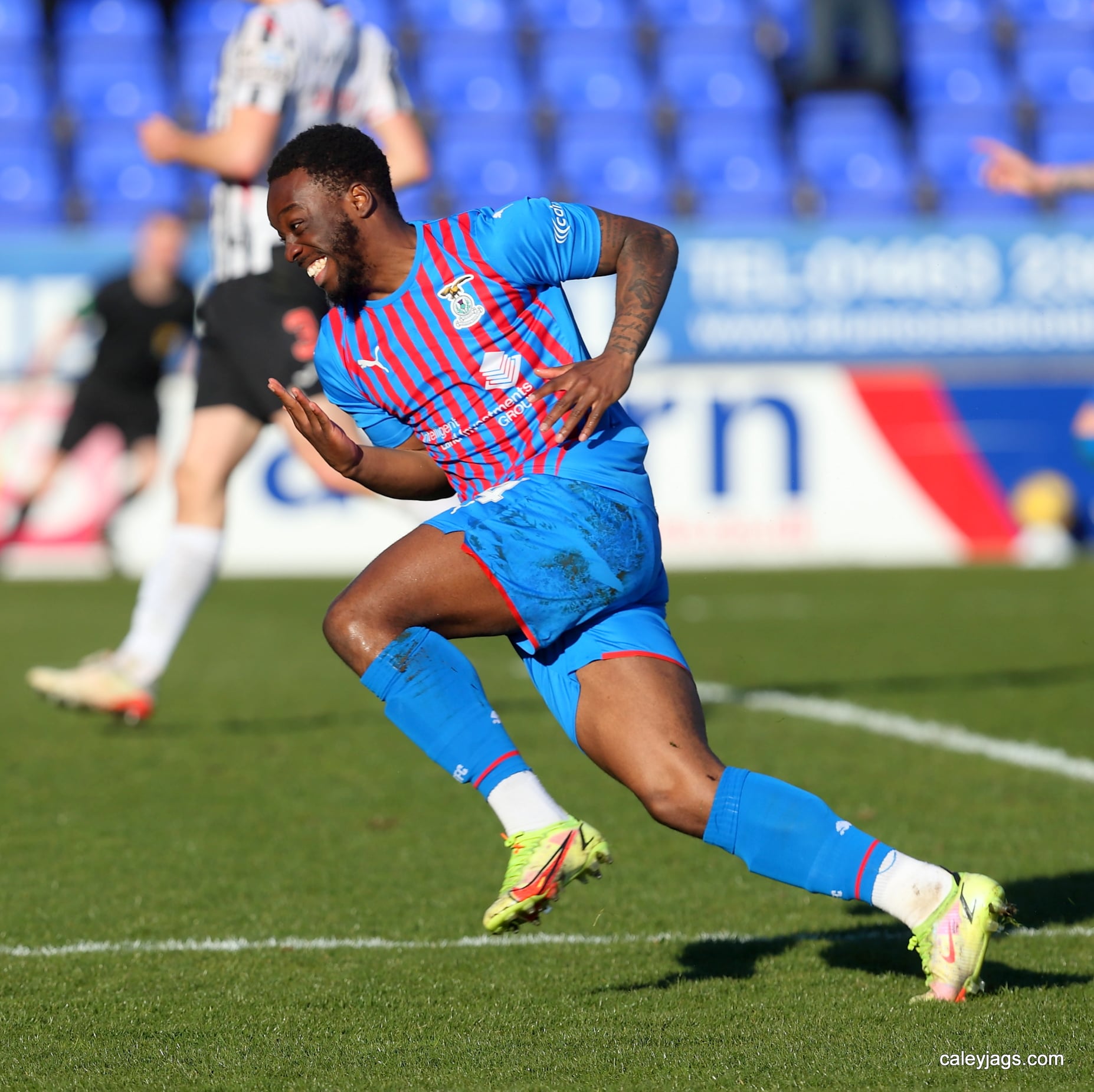 Inverness took a massive step towards a play off place by defeating Dunfermline Athletic for the first time this season. An encouraging but goalless first half where Reece McAlear had hit the post was replaced by a two goal second half with chances at both ends. The deadlock was broken by a man who only scores screamers. Reece McAlear lashed the ball across the keeper and into the top right corner of the goal from a difficult position wide on the inside right area. What a strike that was but it only woke the Pars up from their lethargy and they had three or four great opportunities before substitute Austin Samuels sealed the points after he sprinted on to a through ball from Aaron Doran to slot neatly behind Mehmet in goal. Comfortable thereafter for the remainder of the game and an excellent three points to strengthen our hold on third place with Raith, Arbroath and Partick all dropping points.

Inverness were thin on the bench with Scott Allardice and Roddy Macgregor out longer term and Danny Devine, Joe Harper and Sam Pearson all missing. Dunfermline had Liam Polworth, Joe Chalmers and Col Donaldson starting with Nikolay Todorov on the bench.

An enterprising start to the game in bright sunshine saw plenty of crisp passing in the opening gambit with only the telling pass missing.

Denzil Mehmet was the first keeper called into serious action as he dived full length to keep out a low strike from Logan Chalmers on the left side of the box with the loose ball missing the strikers before being mopped up by the defence.

Inverness were buzzing around the visitors box with plenty of movement up front, creating a few half chances. Aaron Doran scooping one just wide on the volley and Chalmers flashing a thumping drive just over the bar from the edge of the box.

Robbie Deas might have done better than lift a shot over the bar from ten yards as the hosts pressed for the opening goal and Doran again shot wide after good battling down the right touchline by Carson and Sutherland.

Reece McAlear almost scored with a spectacular curling free kick from the left of centre, his right foot shot coming back off the top of the post with Mehmet beaten; the ball bouncing back into the keepers arms after canoning off a defender. He would do better in the second half, and what a strike it was.

Just before the hour, Inverness scored a contender for goal of the season. Sean Welsh's free kick came back off the wall some 28 yards from goal. Without breaking stride, McAlear turned onto the ball and fired an absolute rocket across the stunned keeper into the opposite side of the net. Mehmet rooted to the spot like a subbuteo keeper waiting for the strike. Boom! What a goal from Reece, his third or fourth contender of the season.

That sparked Dunfermline into life and Cammy Mackay did brilliantly to deny Dow and Todorov with point blank saves to keep Inverness ahead. It was bodies on the line time as the defenders guarded their keeper well and the Pars would rue those missed opportunities.

Substitute Austin Samuels scored his first goal fo the club just after coming on. His first kick of the ball saw him slot home after had played a one-two with Doran who threaded the ball through for Samuels to run on and steer the ball behind the outrushing Mehmet. That goal took the sting out of the Pars and their discipline disintegrated, Donaldson in particular not enjoying his return to the Caledonian Stadium.

Tom Walsh almost benefited from a defensive lapse as he struck a sweet shot from twenty yards in injury time, but it just curled the wrong side of the post with Mehmet beaten.

Great three points for the Caley Jags who have now won their last three in a row and are in prime spot for a shot at the play-offs.

Reece McAlear was MotM, even if it was just for his superb goal, but his overall performance was solid and he was unlucky with his free kick that crashed back off the post. Great contribution from Cammy Mackay who stayed alert to deny the Pars after we opened the scoring and well done to Wallace Duffy at centre back who never looked out of place and strolled through the game nullifying some dangerous forwards. No failures today and a decent performance to boot.