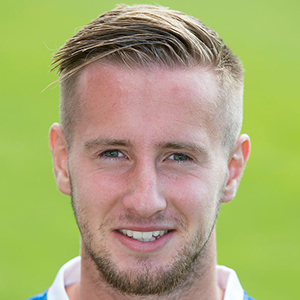 McNaughton started his career at Aberdeen as he came through the clubs youth system. McNaughton made his debut aged 18 for the Dons against St Mirren and found a regular place in the side in the side and made over 200 appearances of the club. McNaugton was named the 2001-02 PFA Young Player of the Year.

McNaughton then signed for Cardiff City in 2006 and started off playing as a left back under boss Dave Jones. McNaughton moved to right back in his second season as he played every game in Cardiffs run to the FA Cup final against Portsmouth which they lost 1-0.

McNaughton made his 100th game for Cardiff at the start of the 2008-09 season against Watford in a season where they finished 7th and missed out on the play-offs on goals scored.

McNaughton suffered an injury hit 2009-10 but had a much better 2010-11 as he played nearly every match for the Bluebirds and was named the clubs Player of the Year.

McNaughton was named Cardiff stand in captain for the 2011-12 season as he helped the club reach the 2012 League Cup final against Liverpool which they lost on penalties.

Kevin started over half of Cardiffs league matches in 2012-13 as they achieved promotion to the Premier League under Malky Mackay as Championship winners.

In 2013 Kevin was loaned to Bolton and returned for another loan stint in the 2014-15 season. He then signed a one year deal with Wigan before moving to ICT in 2016. McNaughton has 4 Scotland Caps to his name.

McNaughton suffered an Achilles injury against Ross County in August 2016 which many thought would rule him out for the rest of the season, but he returned to the squad at the start of March 2017. He will return to Cardiff in March 2017 for his testimonial match.

McNaughton is a talent artist in his free time and his work can be seen at www.superkevprints.com