We're bottom of the league and you're no:

Inverness were embarrassed for the third time in a week as local rivals Ross County won the Highland derby 3-2 at the Caledonian Stadium.

Inverness were a shambles in the first half as County went two goals ahead through a Liam Boyce double, assisted by an absent defence. Scott Boden scored a hotly disputed goal for Inverness just before the break. However, Boyce completed his hat-trick in the second minute of the second half with his markers deserting their posts once more. Ross Draper reduced the deficit after 65 minutes, but County held on to earn a deserved victory and leave Inverness rooted to the foot of the table after two games.

hislopsoffsideagain posted this on the forum, and it's too accurate not to use.

If you weren't at the match, don't let the scoreline fool you into thinking this was a close game. 3-2 flattered us; if County had won by three or four there would have been little to complain about. Other than the abysmal performance, of course...

We looked completely unprepared for this game. County always press us high up the pitch right at the start..yet we didn't seem to have anticipated this at all. We barely got out of our own half in the first quarter of the game, because we kept giving the ball away or having to punt aimless long balls.

All of the goals we conceded were dreadful in their own way. We may as well have not had any defenders on the park at the first goal. Gardyne was allowed lots of space and time to cross and Boyce was inexplicably unmarked about eight yards out. McNaughton had been marking him, yet ended up about three yards away from him and miles underneath the ball.

The second goal might have been prevented had we not taken so long over substituting McNaughton (who took ages to limp off) that we had to play with 10 men. It was a great first touch and finish by Boyce though, but if we'd not been playing a defender short it probably would have been preventable. Despite the fact that McNaughton clearly couldn't continue, Foran didn't bother summoning Horner for a good minute or two afterward. Amateurish. For what it's worth, Raven (who Gardyne had on toast in the opening 15 mins) was a far better centre-back than McNaughton.

The third goal, the obligatory soft-goal-conceded-from-a-set-piece (three games in a row now!) was completely deflating, coming right at the start of the second half. The long punt forward hung in the air for aeons. Any half-decent keeper, and most lousy ones, would have come for it and claimed it. Fon Williams stayed rooted to his line. Worryingly, Warren was beaten remarkably easily in the air by Boyce. Earlier, Fon Williams handled outside his box, but the ref played advantage and County inexplicably missed with the goal gaping. Had it not been for the advantage, the keeper might have seen red instead of the subsequent yellow.

As for us, it sounds like our first goal was extremely fortunate, as County fans (and a few ICT ones) are saying the ref blew his whistle for an apparent infringement before Boden scored, only to change his mind after the ball went in and he'd spoken to his linesman. The County players were absolutely incensed. The second was a great hit by Draper, but apart from a goalline clearance from Cikos shortly after, we didn't really look like scoring.

Lots and lots and lots to worry about. The body language from the players was terrible. It was striking that, during stoppages from injuries, the County players were receiving instruction and encouragement from their bench, whilst our management team stood with arms folded and our players wandered away from each other with hands on hips and heads down. No-one looked like they wanted the ball except Boden, who rarely got it within about ten yards of where he was, and Tremarco, who was the only other player worth a pass mark. We had four very decent midfielders on the pitch - Draper, Tansey, Polworth and Vigurs - all of whom were really poor in possession.

Anyone watching that fiasco could make the mistake of thinking that we had a rookie manager who was way out of his depth...

ps, if you notice I have Andrew Dallas down as the referee. I'm not so sure he is one after a totally incompetent performance from an official who had no understanding or control over the game. In a display of total inadequacy he booked nine players overall in what was not a dirty game. Shame on you Dallas. 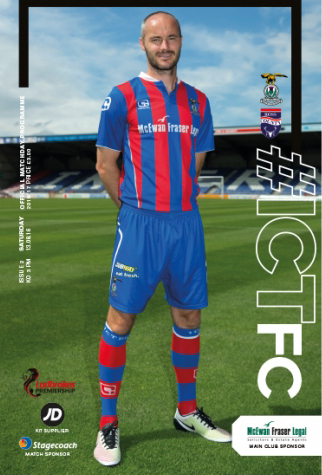