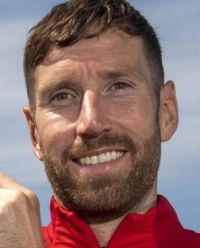 Kirk Broadfoot, the former St Mirren, Rangers, Blackpool, Rotherham and Kilmarnock player has signed for Inverness CT for the start of season 2021/2022. He signed twice for St Mirren and Kilmarnock where he left to join Inverness CT in June 2021. His most prolific spell was his first stint at St Mirren where he made 154 appearances scoring 13 goals up until signing for Rangers in 2007 where he made 80 appearances at the Ibrox club. Kirk has made 4 appearances for Scotland scoring once against Iceland on 10th September 2008. Kirk left Inverness after the play-off final defeat to St Johnstone to return to the central belt. He made 46 appearances for Inverness scoring twice and picking up 9 yellow cards.