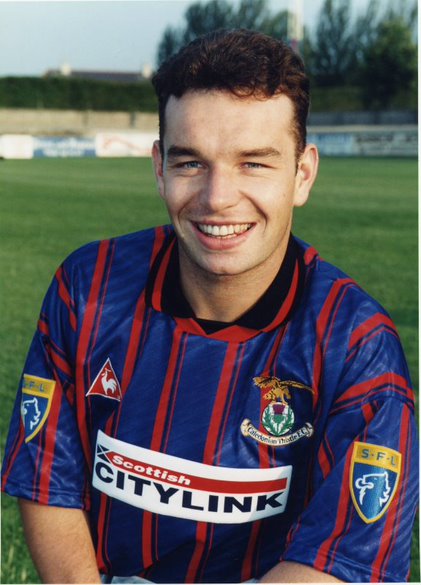 Signed for Caledonian from Shotts Bon Accord and played one season in the Highland League. First choice for the number 2 shirt in 1994/95 (30 appearances, 1 goal) but the signing of Iain MacArthur marked the end of his hold on the position. Move to Wannaroo, Australia in June 1996 fell through and signed for Forres Mechanics in September 1996. To Clach November 1996. In 8 seasons played 192 times for Clach and scored 35 goals.
â
Dave made a total of 45 appearances for Caledonian Thistle scoring twice.