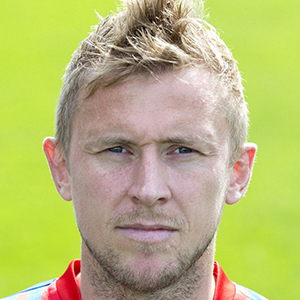 Since signing, Richie has played a massive part in the strides that Caley Thistle have made since regaining their SPL status. A player who leads by example, he is a massive influence on the side and demands that everyone in the side plays with total conviction and maximum effort. Had another really good season during 2011-12 and looking forward to the new campaign. . Made captain of the side at the start of last season he went on to have another superb season and was a massive influence on the team, especially all the younger players. A player who leads by example and gives nothing but 100% effort for the cause. Only missed one game last season through suspension, the away fixture against former club Motherwell in the middle of January 2011, he made his 100th appearance for the club at the end of August 2011 v. Kilmarnock (H).