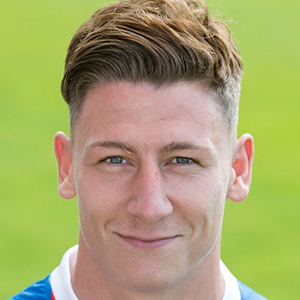 Meekings started his career at Ipswich Town where he was the captain of the under 18 side but was released by the club before he could play for the first team.

Josh moved to Inverness after hearing from interest from Ipswich legend and, ICT boss at the time, Terry Butcher. He made his first appearance as a sub against Dunfermline Athletic after an injury hit start to his ICT career. He made his first start a week later against Motherwell then provided an assist on his second start against Kilmarnock. Meekings made 19 starts in his first season.

In his second season, he formed a partnership with Gary Warren at centre back and he filled in when required at right back. Meekings featured in teams that beat Rangers and Celtic away at the tail end of 2012. Meekings started 38 matches as ICT finished 4th.

In 2013-14 Meekings continued to be key to ICT as he continued his partnership with Gary Warren. Josh was sent off in the 2014 League Cup semi-final as Inverness were reduced to nine men but ICT held on and won on penalties. Josh was able play in the final after a successful appeal against the ban but Inverness went on to lose on penalties.

Josh scored his first goal for at the start of the 2014-15 season as he made 44 starts as Inverness finished 3rd and reached the Scottish Cup final which Inverness won 2-1 and Meekings started. Meekings scored in the final league match of the season against Dundee Utd in an 3-0 win.

Josh made a further 26 starts in an injury hit 2015-16 season but played both legs against Astra in the club`s first European matches. Meekings found the net in matches against Partick and Dundee Utd.