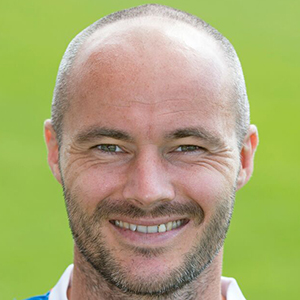 David Raven`s career started at his hometown club, Liverpool, where he was named the captain of the Liverpool U20 side before going on loan to Tranmere Rovers. Before leaving Liverpool, Raven played three matches for the first team including a League Cup match against Spurs at White Hart Lane.

Former Liverpool and Real Madrid boss Rafa Benítez recommended Raven moved from being a centre-back to a right-back where he has played for most of his career.

Raven then spent four years at Carlisle United and scored his first professional goal against Leyton Orient as he established himself as the first choice Right Back.

Raven had short stints Shrewsbury and back at Tramere before signing for Inverness in 2012 where he made his debut against St Mirren in a 2-2 draw.

Raven played 42 games across all competitions in his debut season at ICT as the club finished 4th and made the League Cup semi-finals.

Raven then played 31 matches in 2013-14 as Inverness made it to the League Cup final and finished 5th place in the league. Raven scored his first ICT goal in the Highland Derby against Ross County in a 3-0 win.

Raven played 31 games in a historic 2014-15 season as the club finished 3rd place and his goal sealed the clubs place in the Scottish Cup final as he scored in the semi-final against Celtic. Sadly, injured ruled Raven out of the final.

Raven suffered a frustrating 2015-16 as injuries meant he only played 24 matches but was the supporters showed how much they still appreciated him as he was named the supporters Player of the Year when it looked like he was leaving the club but instead he stayed on.