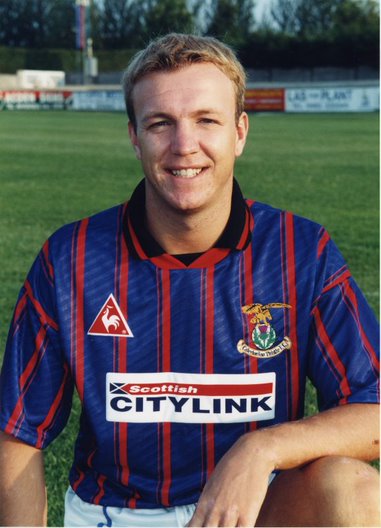 Played six seasons for Caledonian before joining the unified club. Missed one game in 1994/95 (39 appearances, 4 goals.) and on 20 January 1996 became the first player to reach 50 appearances. Moved to London in August 1996 and joined Dulwich Hamlet. â

Mark made a total of 61 appearances scoring 5 times for Caledonian Thistle.

Became known as Mad Dog McAllister after a crazy goal against County whilst playing for Caley in the highland league in 1993 and high fiving the entire Howden End in his celebration!