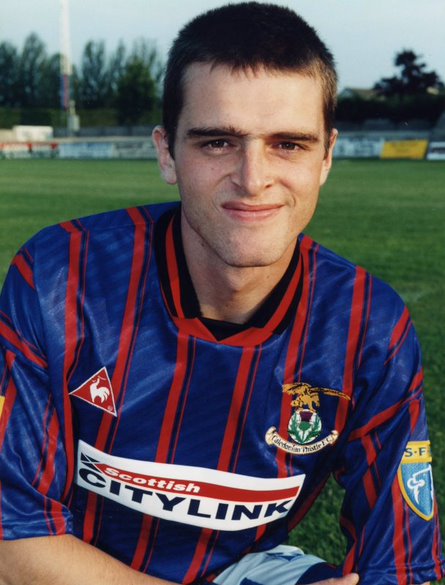 Came to the club from Burnley after spells with Peterhead, Wycombe Wanderers, Leyton Orient, Sunderland and Preston. A cruciate ligament injury kept him out of action from March 1995 to March 1996 and he never regained a regular first team place. To Peterhead in June 1996. Later to Fraserburgh. â