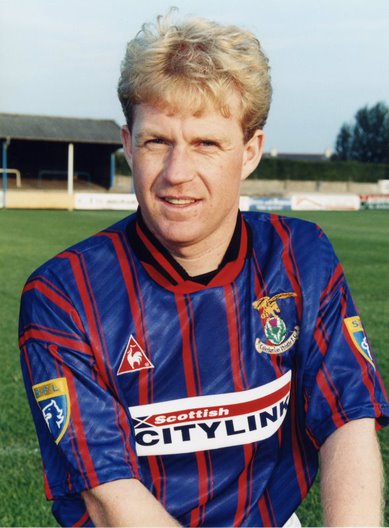 Started with Caledonian youth then to Thistle, Nairn, Clach, Elgin and back to Clach. Signed from Clach in August 1994. Third Division Championship medal 1996-7. After the clubâs Third Division championship season he returned to Clach as player/manager. Came back in February 2000 as director of football and became vice-chairman in May 2002. Resigned in November 2013.â Grassa as he was known made 70 appearances scoring 3 goals.