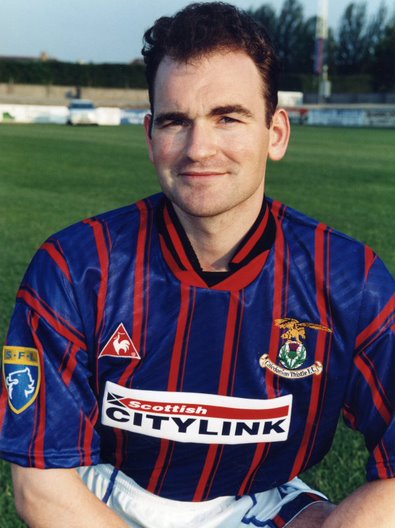 Iain was a tremendous servant to the Caley Jags in the early days and despite not scoring, his pace caused defenders problems going forward and was involved in many a goal.
Retired through injuryâ and was involved in coaching youngsters thereafter at 'The other foot soccer school'