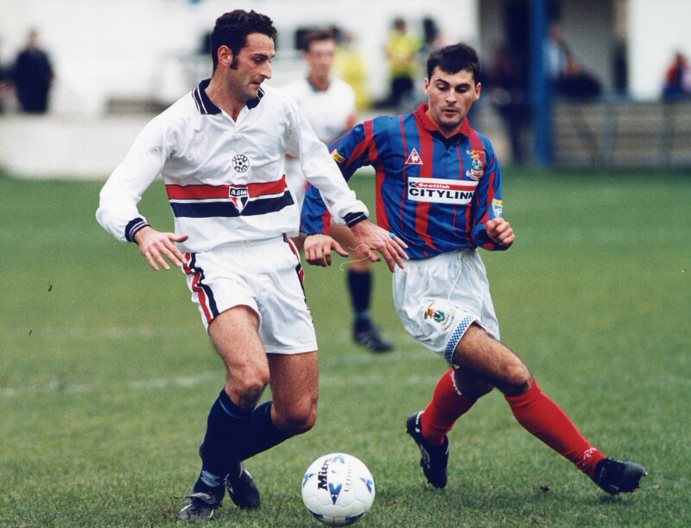 Debut Played: 14 Sep 1996â - Last Game: 9 Aug 1997â
Like Wayne Addicoat, Marco was mainly used as a substitute and used his pace well. Never reached his full potential at Inverness. He scored the fourth goal after coming on as a sub in a 4-1 win against Albion Rovers in April 1997. That result clinched the title and Inverness Caledonian Thistle were on there way.

To Huntly then Brechin Cityâ