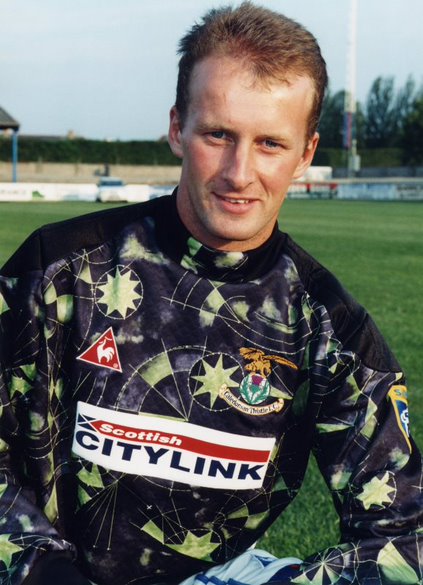 Mark made the Caley no. 1 jersey his own in late 1990 and went on to 182 appearances. Like many a 'keeper before him he acquired the unfortunate nickname of "Dropsie" though as the end of Caley approached, Mark was having his best spell. He played a blinder in both Scottish Cup matches against St. Johnstone and it was rumoured that bigger clubs, including Rangers, were interested. Mark was the natural choice for ICT ahead of Jim Calder of Thistle, but early in his SFL career his confidence appeared to desert him and he was soon back in Highland League football with Lossiemouth.