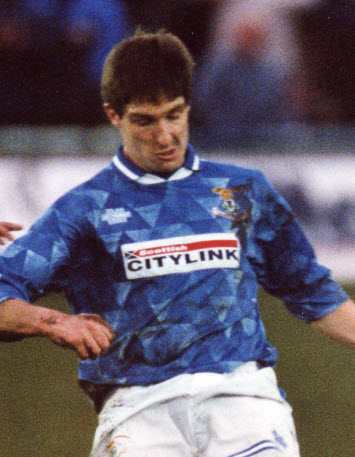 Champions Caley signed Chunky for Â£2000 from Thistle in 1988, after seven years with the Fools on the Hill (HaHa). Though he won every honour in the game with Thistle, his six years at Caley produced only three medals, and neither Mike nor Caley were destined to win a league championship again. Criticised for his laid-back style on the park, Mike was in fact an accomplished, competitive centre half and sweeper, and went on to 254 appearances in the Caley shirt, as well as playing for a season in the Scottish League with Caley Thistle.