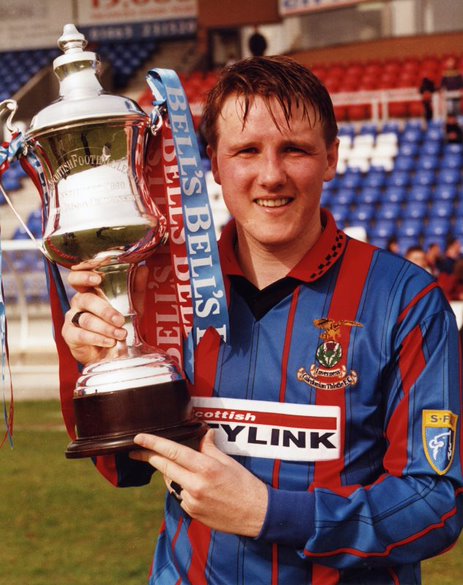 Mikey played 77 times for Caley, scoring 14 goals as an attacking midfielder, though he could play centre-half, and actually went on to 100 appearances in Div.3 with Caley Thistle, mainly in defence. Mikey famously alienated himself from the Caley fans at one away match at Lossie during the merger controversy when he told them to "f*** off and support somebody else".
HaHa...