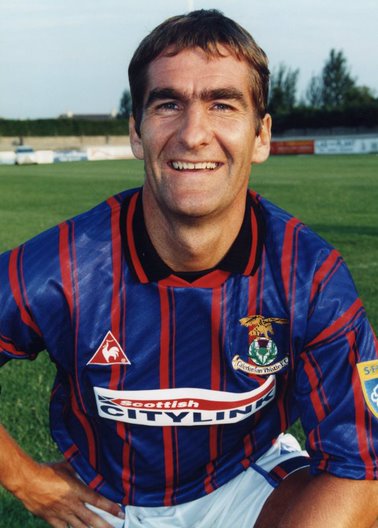 Former Caledonian player who played in excess of 500 times for Caledonian over 15 years. Played in Caley Thistleâs first ever league game on 13 Aug 1994. Went to Elgin City at the end of 1995/96 but only played once and returned to the CT reserve side in Feb 1997.â

Martin made 31 appearances scoring once for Caledonian Thistle.

From Caley nostalgia page:(http://www.caledonianfc.co.uk/players.htm)
Another stalwart of the midfield and a Caley man through and through. "Zico" joined Caley as a 16-year old in 1979 and stayed until 1994 after which he spent another season with Caledonian Thistle. Famed for his tackling and furious workrate on the right side of the park, Martin would be described nowadays as having "a great engine". Martin made 538 appearances in the Caley blue and scored 120 times.