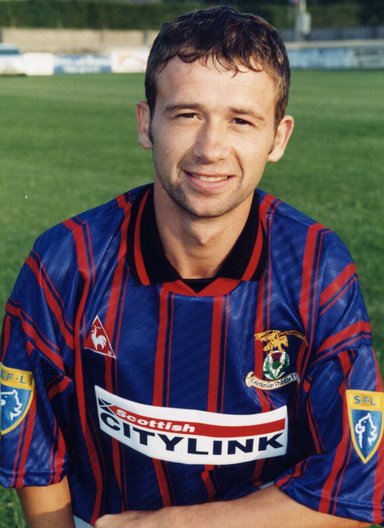 To Forres Mechanics then Clachnacuddinâ

Colin went from Caley to Thistle, to Reading, back to Caley in 1990. Mitchie suffered from the fact that two creative midfielders, himself and Charlie Christie, were something of a luxury in the same side. However they often played together successfully, though Mitchie's habit of finding the wrong moment to release the ball annoyed some fans. The possessor of a sweet left foot, he was something of an expert with the dead ball, with two classic strikes in Caley's final season, against Elgin and Huntly. It is surprising then, to find that, in 120 appearances, he scored only 7 times.