Irish Crusade ends in Inverness: Crusaders arrived in Inverness off the 12:30 flight from Belfast City some ten minutes ahead of schedule, and less than four hours before kick off. They were greeted at Dalcross by a fine winter's afternoon after the recent rain, sleet, snow and frost that has left the pitch less than pristine.

There had been much speculation surrounding the rights and wrongs of this tie given the Sunday evening slot, but it's now time for the talking to stop and the action to take centre stage.

John Robertson was without the injured Carl Tremarco and cup-tied Nathan Austin for this one while his Irish counterpart Stephen Baxter had a full squad to pick from. This is a squad that leads the Irish Premiership and have scored 82 goals in the 28 league games played so far. The free scoring Belfast club will probably be favourites for this one given our inactivity since the 30th of January.

Aaron Doran was missing from the squad with George Oakley, Connor Bell and Jake Mulraney tasked with getting the goals. John Baird and Zak Elbouzedi and young Daniel Mackay were on the bench.

Crusaders started with top scorer Gavin Whyte on the bench but still had plenty of fire power in the starting XI with Darren Murray and Paul Heatley having notched 25 between them.

The teams came out with the pitch looking heavy, rain having replaced the early sunshine. Loads of sand had been used to get the surface playable in front of a sparse 1044 crowd, the BBC Alba live broadcast keeping many fans away.

Crusaders kicked off towards the North Stand and Darren Murray was marginally offside in the first minute as he cracked the bar with a shot.

Inverness strode forward from the free kick with Liam Polworth making a long run forward and he played in George Oakley who side footed home the opening goal in the second minute.

Crusaders were unfazed though and took the game to Inverness playing the game in the Inverness half as they probed for an opening. Mark Ridgers did well to flop on the ball after a long throw in bounced across the box and seconds later Crusaders shot well over as they looked to level the tie.

Great start for Inverness, but Crusaders look like they have goals in them as we struggle to make much headway, misplaced passes being the order of the day so far after that stunning opening couple of minutes.

Thirteen minutes gone and Connor Bell did well to hold off the defender before feeding Oakley wide on the right, and his perfect cross found Joe Chalmers at the back post and he headed strongly behind the keeper for number two.

Oakley headed wide at the front post soon after from another Mckay delivery as Crusaders heads went down since the second goal. Polworth almost threading another into the box as the hosts began to dominate.

Donaldson had to time a tackle to perfection to stop a Crusaders break forward and from that, Polworth drove forward again before feeding Chalmers on the left, but his shot went just a tad too high. The next burst forward showed the best of Jake Mulraney as he skinned his marker before crossing for Bell, but his wee legs could not quite get on the end of the cross for what would have been a simple tap in.

Mark Ridgers reacted well to stop Murray bursting into the box and from the clearance Polworth blasted a long range effort high and wide.

Crusaders were creeping back into contention though and Ridgers guarded his near post well from Heatley at the expense of a corner which he clutched confidently.

Riccardo Calder was booked on the halfway line as he clumsily brought down Heatley. Took one for the team methinks.

Mulraney found acres of space down the right and he picked out Oakley who picked his spot in the net, but keeper Brian Jensen reacted brilliantly to tip his ten yard effort over. Polworth picked his spot as well, unfortunately his spot was just the wrong side of the post.

Glackin was booked for pulling back Calder, the wide player enjoying his forays forward down the left wing.

Iain Vigurs was pulling the strings in midfield and his promptings were causing plenty of problems for Crusaders.

Mulraney should probably have added a third five minutes before the break after he danced into the box, but one step too many allowed Jensen to block his shot.

Crusaders were not out of it yet and Ridgers pulled off a wonderful save to deny Heatley as he turned and shot inside the box.

Lightning does strike twice and Mulraney passed a curled shot into the net from twelve yards after Polworth set him clear. Similar to a previous goal he scored in the championship.

That ended an excellent first forty-five from the hosts with Crusaders having it all to do. Maybe top scorer and flying winger Gavin Whyte will be introduced after the break as Stephen Baxter looks to get back into the tie.

He did in fact make two changes with Whyte and Jordan Owens replacing Glackin and Forsythe.

Ridgers had to make an early save as Crusaders came out in the second half intent on pushing forward but normal service was resumed soon after as we forced a corner from a dangerous looking cross.

Heatley should have done better when offered an excellent shooting chance when Calder erred, but he hit it straight at Ridgers who saved comfortably near his post having got his angles right.

The visitors were making inroads though and Inverness will need to be wary of the injection of pace from the Crues. Burns burst into the box and from a tight angle shot over as Inverness played a dangerous game and the keeper came to the rescue once more, blocking a certain goal, the ball skewing away for a corner.

You could tell a goal was coming and in the next attack after the Inverness defence failed to clear the ball effectively, a driven shot from substitute Whyte deflected off Donaldson to throw the Crues a lifeline, and one which they look well capable of taking at this point in the game. Apparently the goal has been credited to Heatley who challenged Donaldson for the ball as it deflected into the net.

Whyte was booked for hauling down Mulraney in midfield, but the big talking point was to follow seconds later as Brad Mckay was yellow carded and red carded. Here we go again, reduced to ten men, what a surprise. That prompted the removal of Bell who was replaced by Collin Seedorf as Robertson looked to tighten the midfield.

Mulraney then waltzed into the box on the left side but his cross was marginally too high for Oakley to connect properly with and Jensen gratefully gathered.

Steady rain was continuing to fall and the heavy pitch may play a part later in the game. As it was, tackles were becoming more reckless as conditions deteriorated.

Twenty minutes to go and Ridgers watched a Burns shot drift wide as Crusaders pushed for another goal. The comfort of the first forty-five seems a long time ago now. Crusaders had the ball in the net after a swift break but the linesman had flagged for offside.

With fifteen left, Crues brought on Paul Lowry and soon after Mulraney was replaced by Zak Elbouzedi, but it was Crusaders that opened the game right up when Heatley sped into the left side of the box and prodded tidily behind Ridgers. The game is right in the balance now with Crusaders looking likely to level the tie.

We passed up on an excellent opportunity to restore our two goal lead, but Vigurs shot tamely wide from fifteen yards.

Ridgers saved with his feet as a driven cross came into the box and when we broke forward Oakley forced Jensen into a low save to deny the striker. Fast and furious now and Crues missed a great chance to level the game but the ball fell the wrong side of the post as Ridgers and Seedorf combined to keep the ball out. Oakley again almost scored when his deflected shot squirmed behind Jensen but spun away off the post. Nail biting stuff now as every ball into the box looks likely to cause problems.

Another scary moment when Gary Warren looked skinned, but Owens had tugged him back and Inverness were awarded a free kick instead of conceding a goal.

Three minutes of time were added on with Crusaders still probing for the breakthrough and Inverness defending somewhat nervously. Coates headed into the side netting as we held on by our finger tips with thirty seconds to go.

Suddenly, Liam Polworth made a tremendous run in the last seconds which ended with him being brought down unceremoniously for a penalty. Iain Vigurs should have ended the scoring from the spot, but not before Declan Caddell talked himself into a red card. Vigurs then completely scuffed his shot, dragging it wide of the post in possibly the worst penalty in the history of soccer.

After that embarrassing scuff, the ref ended the contest and it's Caley Thistle that will contest the final against Dumbarton the weekend of 24/25 March.

Well, we got there in the end but all credit to Crusaders who put up a tremendous battle in the second half which almost went bottoms up after Brad Mckay was sent off.

BBC Alba gave Jake Mulraney the MotM but for me it was a toss up between Liam Polworth and Iain Vigurs. Polworth gets my nod after that penalty miss. Crusaders can be happy with their display after taking a battering in the first half. But the introduction of Whyte and Owens caused our ten men problems and Heatley was a handful all game.

Stephen Baxter was indignant though. He reckoned Crusaders should have won 6-4. I'm not as convinced as he was, but they certainly made a game of it after the break in what turned out to be a highly entertaining game.

See you all at the final. :ictscarf: 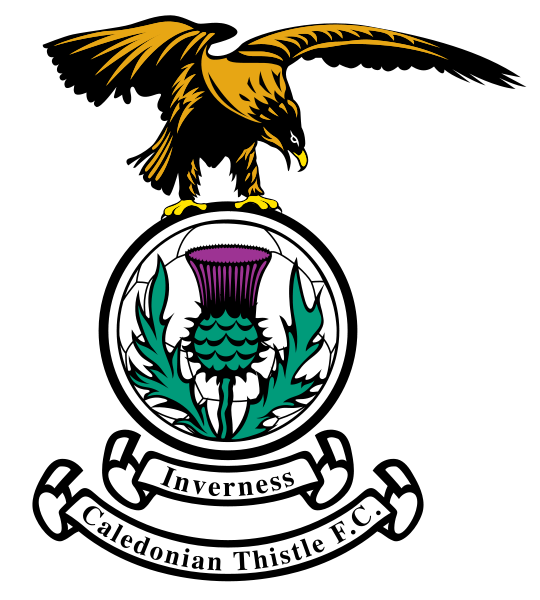