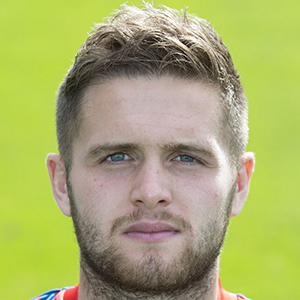 Danny played for Inverness CT seasons 2013-2016 making 68 appearances and scoring twice. He was part of the Scottish Cup winning side in 2015 with captain Gary Warren suspended. He left the season after to join Partick Thistle making 56 appearances. Danny returned to Inverness in season 20/21 from Dunfermline Athletic having made 46 appearances for the Pars. He was given squad number 6 on his return. Danny has made 2 appearances for Northern Ireland u21.