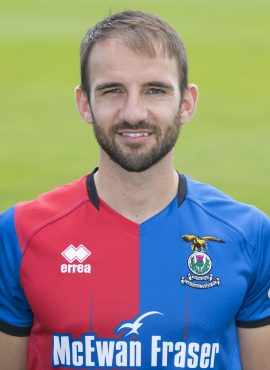 Sean started his career at Hibs and excelled in the U19 team, captaining them to a league and cup double in 2008/09 and being awarded the League Player of the Season that year but a series of injuries including a double leg-break limited his first team chances. He went on loan to Stenhousemuir and then Stirling Albion in the 2010/11 season but agreed a one year deal extension with Hibs in the interim. In July 2011 he was injured in a training session after being punched by a team-mate and required surgery to repair a broken cheekbone. He made a further 8 appearances on the subs bench but did not feature on the park. A loan spell at Partick followed in early 2012 and when he was released from his contract at the end of the season he signed a two year deal with Partick.

Welsh was an integral part of the 2012/13 First division championship winning side and was handed the Partick captaincy for their return to the Premiership ahead of the 2013/14 season. Once again injury hampered his season (knee) and he was limited to only 3 appearances. In 2015/16 and 2016/17 he had a total of 64 appearances scoring 6 goals. He left Partick when his contract expired.

Sean was out of the game for almost 8 months before signing on a short-term deal with Falkirk during the 2017/18 season. At the end of the season he left Falkirk and signed for Caley Thistle.

When fit, Sean has established himself as a first team regular and captain in the absence of Aaron Doran.

He scored his first goal for the club, a 48th minute penalty against Alloa in a League match at the Caledonian Stadium on August 25th 2018.
Sean has penned a new 2 year extension to his contract until the end of season 23/24. Unfortunately he has missed the start of 22/23 season after undergoing minor surgery on a knee injury.