No fizzy pop joy this season: The holders wimped out of the IrnBru cup at the first hurdle in what can best be described as a reserve team game. Both sides made massive changes to their starting line-ups and it was the visitors that went through to the next round after surviving a plethora of Inverness attacks, but holding on to score a break away goal at the end.

Both sides fielded fringe players with youth players making up the squads for this IrnBru cup game.

John Robertson said the players had been knocking on his door looking for some game time. That wish was granted for some, but Robertson was less than impressed after the game with what he saw on the park.

Daniel Hoban was in goal and Jamie McCart and Riccardo Calder came into the back line. Aaron Doran started as did Sean Welsh, Daniel Mackay and Jordan White, all getting the opportunity to stake a claim for a regular game.

The Pars fielded a whole new starting line-up with seven debutantes since their defeat to County, giving youth a chance to show their worth, and they certainly responded positively, although much of that was due to the inability of the Inverness players to impress their manager.

Similar to the first team squad, chances were created and squandered before Dunfermline opened the scoring in controversial fashion. The Pars broke forward after a poor choice of ball by McCart played Trafford into trouble. He failed to deal with the ball and Andy Ryan broke forward to the edge of the box before being fouled by Brad Mckay. It looked to happen just outside the box given the position of the large divot left on the park. However, penalty was offered and Kallum Higginbotham promptly dispatched the ball low and hard to the keepers right hand side.

We struggled to make any impact in a first half dominated by a stiff breeze and the Pars went in at the break one goal ahead as the early threat offered by Daniel Mackay eroded.

Robbo saw enough ten minutes into the second half and made changes as we continued to disappoint.

Mackay and Trafford made way for Tom Walsh and George Oakley, and that coincided with our best spell of the game as Riccardo Calder began to threaten down the left and get some dangerous crosses in with Walsh doing likewise on the right.

After three or four false alarms, Jordan White eventually met an inviting cross from the left, meeting Calder's ball ten yard out to drive it into the net for the equaliser.

White was now beginning to get plenty joy in and around the box but unfortunately for him he was unable to direct any headers on target or with sufficient force to seriously trouble the keeper. Similar to Saturday, White landed another looping header on top of the net as our frustration grew.

We were undone in the final few minutes when Polworth lost possession around the halfway line. Andy Ryan once more benefiting from our slackness and racing forward before rolling a ball into the box from the left side. Callum Smith was first to it and he knocked it high behind an exposed Hoban.

We still managed to miss another couple of attempts, White knocking one over the bar from one yard and another header going over.

The experimental squad backfired for us but gave Dunfermline a safe passage into the next round. Was it deserved? Maybe not, but you make your own luck or get help from your opponents, and both of these happened on the night.

Robbo has taken his squad to task over the display. I'm in agreement with him, it's time to take the cotton wool wrapping of the players and get them to perform to a higher level.

So no fizzy pop joy for us this season, but good luck to Dunfermline in the next round. Wee midfielder Aidan Connolly (8) was a handful for our middlemen. Good control, able to beat a man and pick a pass, something we could have done with. He is the son of former Dundee United player Paddy Connolly and he is my MotM. 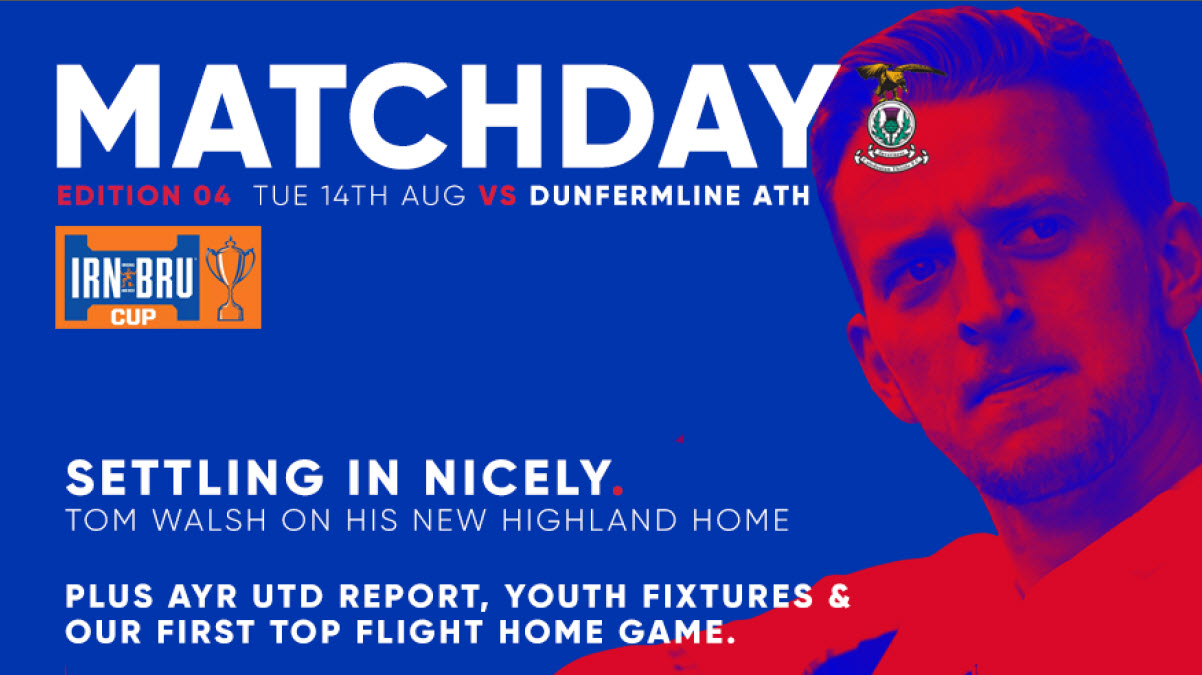