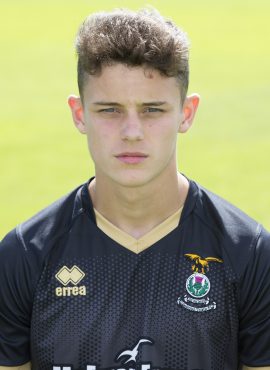 Cameron Harper is a Scottish footballer who currently plays for Inverness Caledonian Thistle, as a defender.

Harper impressed Inverness manager John Robertson during a friendly game with Nairn County in August 2017. He made his league debut for Inverness on 13 March 2018 against Dunfermline Athletic as a late replacement for Riccardo Calder, but was himself injured in the 7th minute of play.

He was one of 10 youth players to turn professional with the club in May 2018.

Harper was recalled from his loan spell at Elgin City following Jamie McCart's departure to St Johnstone, which left the club with few defenders.