Holders Inverness faced free scoring Highland league side Buckie Thistle in the second round of the Challenge Cup at the Caledonian Stadium.

Barry Wilson was tasked with sorting the side for this one with a number of fringe players getting a run out, 10 changes in all, and former Caley Jags midfielder Spider Stewart was the man in charge of Buckie with Max Barry one to watch amongst others.

Buckie had high hopes of causing an upset citing as evidence their 31 goals scored so far in the Highland League plus an excellent 3-1 win over Brechin City in the previous round.

Buckie set the ball rolling and the were unfortunate not to go ahead after they hit the bar through Andrew McAskill, just after Cammie Mackay had denied Kevin Fraser with an excellent save from his shot.

Mackay denied Buckie again with a crucial save with his legs from a close range header from Sam Urquhart before the hosts began to assert themselves.

Inverness eventually got to grips with the game and home pressure finally paid off. It was a simple goal when it came, a deep free kick from Aaron Doran was planted firmly behind Kevin Main in the Buckie goal by Lewis Jamieson. That was his first goal for the club and he almost got his second when he cut into the box and curled an effort towards the top corner, alas the head of Lewis MacKinnon did enough to make the ball come back off the crossbar with Main beaten. Inverness were well on top at this time but Buckie managed to inject some life into their game and foraged forward a couple of times before the break. However it was Sean Welsh that almost added a second as he burst onto a tremendous ball into the box from Reece McAlear but Main did well to block the shot and left Welsh limping into the break

After the interval it was more of the same, Inverness prepared to be patient and Buckie looking to hit on the break. Cameron Harper scored his first for the Caley Jags after the ball broke to him as Tom Walsh challenged Main, the ball bouncing off the keeper and Harper had the presence of mind to lift the ball over the stranded keeper and after an eternity, the ball bounced into the net.

Jack Murray stung the palms of Cammy Mackay as the ball broke to him on the right side of the box, the keeper earning his clean sheet.

Billy Mckay rounded off the scoring with two late trademark Billy Mckay goals, his first on his return to Inverness and his 67th and 68th overall. 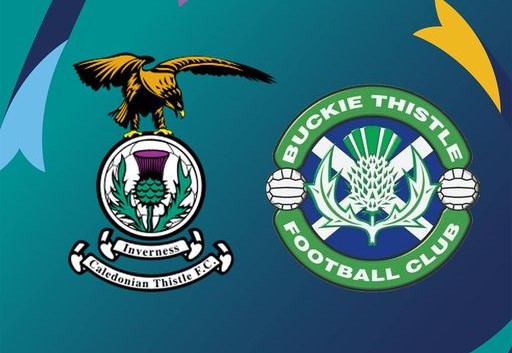