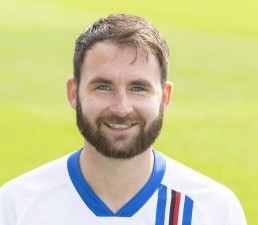 James Keatings joined the club in summer 2019 from Hamilton Accies. He has formerly played for Celtic, Hearts, Hibs and Dundee United. Keatings was a part of the Hibs side that famously lifted the Scottish Cup in 2016 as he replaced Jason Cummings in the 65th minute of the final. James has represented Scotland up to Under 19s level. In Feb 2021 James signed a pre-contract agreement to join Raith Rovers at the end of his contract. He scored 12 goals for Inverness in his time here but appearances were restricted by various injuries.