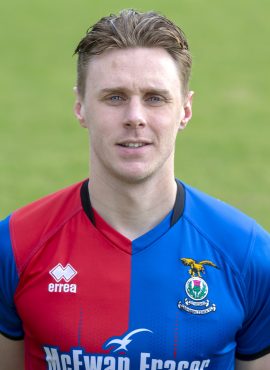 Kevin McHattie is a Scottish professional footballer who plays as a left back for Scottish Championship side Inverness Caledonian Thistle. He has previously played for Heart of Midlothian, Kilmarnock, Raith Rovers, Alloa Athletic and Derry City. He made 72 appearances for Hearts and scored three times for them from 2011-2015. 21 appearances at Kilmarnock (1 goal) and 38 at Raith Rovers (2 Goals). He made 5 appearances at Alloa Athletic in season 2011/12. Kevin has missed most of the start of season 20/21 through injury. He returned to the squad in February 2021.

McHattie has represented Scotland at under-17 and under-21 level.