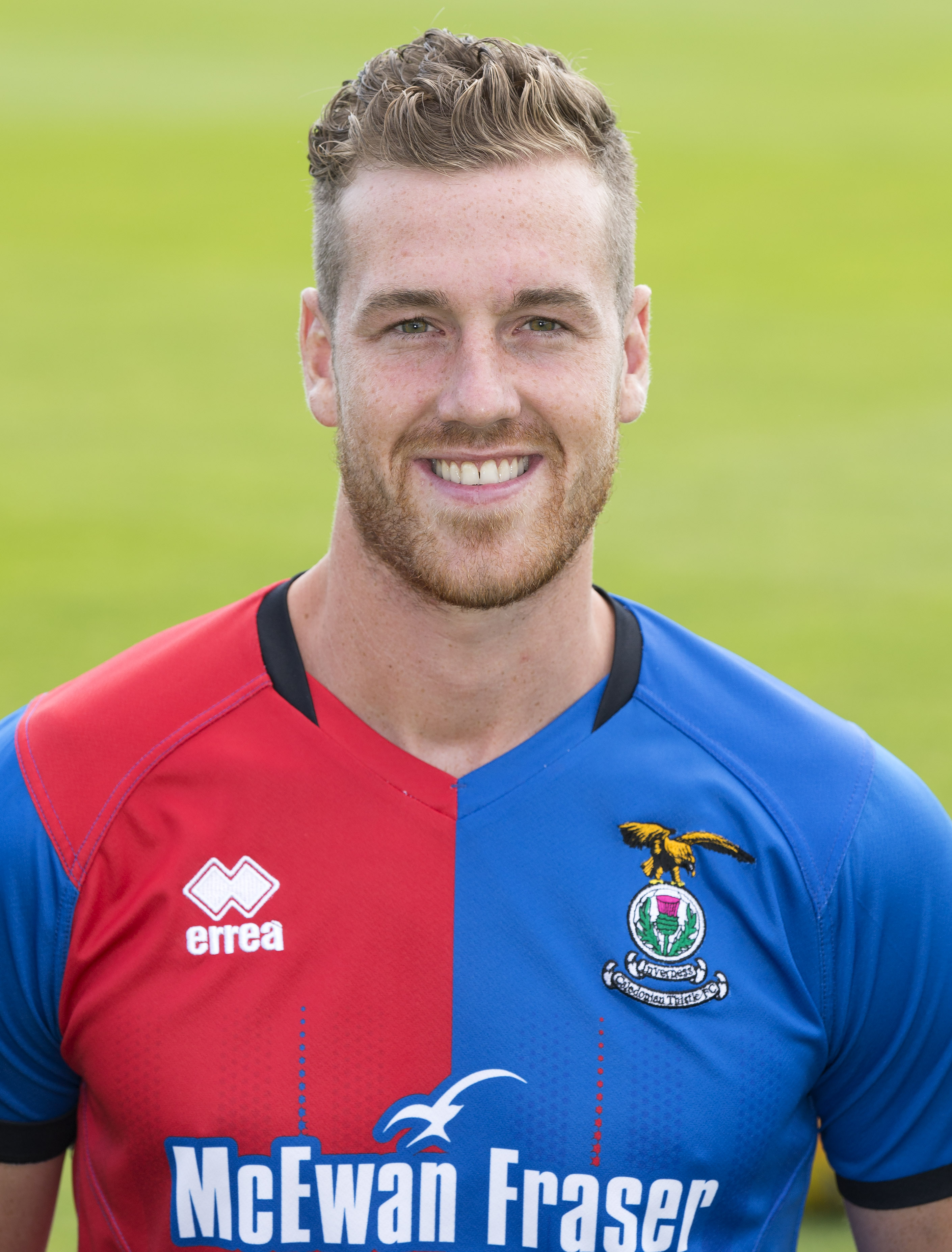 Ayr Pressure Down: Both sides were somewhat diminished with major players either injured, ill or suspended and it was a battle of the walking wounded as Ayr tried to keep the pressure on at the top of the League with County facing a difficult away trip to Palmerston.

Inverness had Brad Mckay and Shaun Rooney suspended with strikers George Oakley and Nathan Austin injured. Angus Beith is still missing and this has now been reported to the polis as nobody has seen him yet! Kevin McHattie made his first home start with Carl Tremarco covering at right back. Ayr were without top striker Lawrence Shankland, Jamie Adams, Mark Kerr, Liam Smith and Alan Forrest with Adam Murdoch suspended.

An unseasonably mild January afternoon with a touch of a stiff breeze coming in from the West met the teams as they entered the park in front of a 2283 crowd.............

Liam Polworth was first to have an opportunity as he fired goalwards from twenty yards but his shot was weak and wide as he dragged it past the post.

Michael Moffat broke clear for Ayr at the other end but his low shot was well held by Mark Ridgers from the angle when the striker might have been better squaring the ball.

Aaron Doran should have scored when he latched on to a cross from Tom Walsh but his shot from close range cannoned back off the middle of the post and bounced back out of the box to safety.

The home side were starting to dominate and Doran was flagged offside as he sprinted on to a good through ball from Polworth. Ayr were still a threat on the break though and Declan McDaid curled a shot over from one such venture forth and at the opposite end Joe Chalmers went close with a strike from distance as Ross Doohan sprawled across his goal line. Back came Ayr and Ross Docherty fired one over the bar as the game panned out. The end to end stuff continued as Polworth created the space to get a shot away after a delightful drag back, but it was always heading too high. Too high was the order of the day as McDaid sent another one over, the ball dipping too late.

Best move of the half saw Jordan White miss a golden opportunity after he linked up well with Doran, but the striker shot just past the near post when it looked easier to score.

Ayr went close just after the break as Craig Moore met a great cross unchallenged, but his header was just wide of the junction with Ridgers stranded.

That seemed to stir Inverness into action and from there on we dominated the game without overly exerting Doohan in the visitors goal.

White was becoming more prominent and had an effort saved by the keeper who just got his finger tips to the ball at the expense of a corner. However he would not be denied in the 64th minute. Following a poor miss when he did not get enough contact on a header, the ball was sent back into the box by Sean Welsh and White had dusted himself down quickly enough to send a powerful header into the net with Doohan merely a spectator. The goal had been coming after a good spell of pressure from the home side.

Ten minutes later Doran should have wrapped up the points but he skewed his shot just wide when scoring looked the better option.

The dreaded 'hold what we had' was in the thoughts of most fans who had only witnessed one previous home League win this season. However, if truth be told we saw out the game in relative comfort thereafter and ran the clock down in style with some keep ball at the end.

Great to witness a win after so long, most had forgotten what it felt like.

It was a narrow victory though with big Jordan White powering a header home just after the hour. He can jump after all! Aaron Doran missed that great opportunity to make the game comfortable but skewed wide and that led to a slightly tetchy last ten minutes, but we saw it out safely and took all three points with Joe Chalmers getting the sponsors MotM but Jordan White getting the nod from me.

Speaking on BBC Sport, the respective managers had this to say.......

Inverness CT manager John Robertson: "It was an even first half, but the second half we started to impose ourselves. It was a terrific goal and I'm delighted for Jordan - what a job he does as a lone striker.

"We didn't look like we were going to lose a goal. There was a resilience to them and we thoroughly deserved the three points."