Hamilton Accies deservedly went home with all three points against a shambolic Inverness who are still under strength due to injuries to key players.

Goals in each half where Hamilton profited from Inverness errors saw them leave the Caley Jags without a win since the Scottish Cup final. Carlton Morris and Louis Longridge did the damage after Inverness failed to capitalise on a bright opening where Dani Lopez failed to take any of his three excellent opportunities.

A bright day at the Tulloch Caledonian Stadium would soon be overshadowed by the bleak display on the park as Inverness toiled whilst Accies spoiled. A small band of visitors would leave the ground merry, the majority would vent their anguish and frustration at another inept display. Read on.

Yogi gave starts to Ryan Christie and Dani Lopez in the hope that they could ease our striking problems, but, as would be revealed, the broken record continues with no cutting edge in the final third. Hamilton had not beaten Inverness last season, that was about to change.

The home side got off to the better start and it looked as though it was only a matter of time before we would open the scoring. Christie, Mutombo and Lopez were linking well and creating chances.

Lopez fired a shot across goal in his first attempt, narrowly missing the target and soon after he headed a Draper cross goalwards, but his effort lacked the power and direction to beat McGovern who dived low to his right to save well. His third effort should have resulted in the opening goal but somehow he could not direct the ball into the net from close range after good work down the wing by Mutombo.

The fans were applauding every move as we danced our way forward. Those same fans were not so pleased at the end of the game.

Accies were starting to get to grips with our play after fifteen minutes and Grant Gillespie came close with a long range shot which had Williams diving across goal, but the ball fizzed past the wrong side of the post.

That warning was not heeded though and after eighteen minutes, Hamilton went ahead. We gave away cheap possession half way up the park. Crawford set Morris on his way and he kept his head to slot the ball easily behind Fon Williams for the opening goal. That might have been harsh on Inverness, but the lack of a proven striker is damning to say the least.

From there on in, Hamilton were never really troubled and Inverness would do well to keep the score to one at the break as we fell out of the game. Gramoz Kurtaj had a shot blocked by Fon Williams and Ali Crawford could not adjust his wee feet quick enough to tap the ball into the net and the chance was gone. Lucky break for Inverness.

Would the second half bring some joy to the fizzogs of the home fans. Well, no would be the answer.

Lopez did try to curl one into the top left corner from outside the box, but it was all a bit choreographed as McGovern clutched the ball comfortably. Not enough pace on the shot to beat the keeper although it was on target and Dani had another on target later, but it was a trundler that the former County keeper collected with ease.

Hamilton were content to hold their advantage and we did our best to keep it that way as time after time moves broke down on the right side with David Raven in particular having an off day. The wine must have been extra strong in the hospitality suite as they awarded him the sponsors man of the match. My word!

We did have a bit more joy on the left side after Wedderburn and Tremarco were introduced but there were no takers for a couple of inviting crosses into the penalty box, not helped of course when a fresh air shot sums up our day. Meh!

The icing was on the Accies cake when they caught us out again right at the end and Longridge put the final nail in our coffin, game over.

Plenty of room for improvement as our poor start to the season continues, and at this moment it is difficult to see when or if their will be any change to that. Injuries of course are the big talking point, but lack of firepower is lingering long. In truth, we matched Hamilton in most aspects of the game without causing them too many problems. Both goals were the result of our own mistakes and unfortunately for us we were punished on both occasions. Difficult to pick out anybody after such a poor overall performance, but I suppose Fon Williams did what he had to do and when Wedderburn and Tremarco came on we looked better balanced. Time to get Tremarco in at left back and let the more creative Danny Williams forage further forward. Plenty of disgruntled fans leaving the stadium and the boos are getting more audible as the plight darkens.

Next up we are away to Nick Ross and Dundee. Oh dear, it looks like it's going to be a long season if our fortunes don't change soon. Last year is history, time to start this campaign. 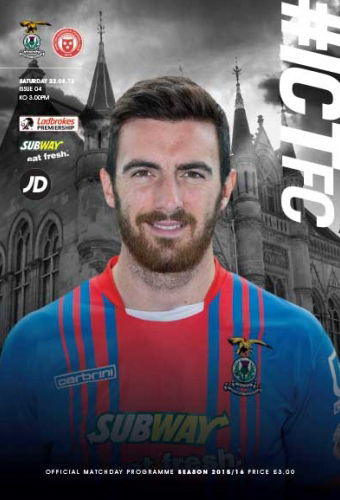