Another late goal earns a point:

Lonsana Doumbouya rescued an unlikely point for Inverness in a dismal display that left the home fans frustrated at the poor performance. Soulimane Coulibaly won and converted a penalty to give the visitors an early lead and it was them that looked most likely to add to their tally until the late strike leveled the scoring.

Richie Foran placed Billy King on the bench with the tricky Jake Mulraney getting a start. Iain Vigurs' inclusion was a big talking point as we have not been seeing the best of him recently and Josh Meekings returned to the back line having missed out against the Rangers with David Raven returning to the bench. Liam Polworth did start, but he looked like a fish out of water given his wide position.

Kris Boyd made the bench for the visitors who were looking to build on their excellent result from last week where they won at Perth.

Killie belied their low key start to the season and looked to get behind the home defence at every opportunity. Nathan Tyson saw an early header sail over the bar from a good position and in just seven minutes they took the lead. From a ball into the box, Garry Warren and Brad Mckay converged on Soulimane Coulibaly. Mckay saw fit to clumsily barge the striker to the deck and the referee had no hesitation in pointing to the spot. No complaints from me either as Mckay was rather rash with his challenge. Coulibaly got up and took the penalty himself, low to Fon Williams' right. The keeper got a good hand on the ball but it had just enough pace to reach the back of the net.

Not the start we had been looking for, but it was early doors and we had plenty of time to respond. Unfortunately we didn't. A complete lack of understanding and dearth of quality was on display as we toiled to create anything, the visitors leading by example as they managed to unsettle us at the back.

Coulibaly almost doubled the advantage as we opened the back door and Fon Williams denied him from close range. He really should have scored, and Josh Meekings made a timely block as we were carved open once more.

This provoked a reaction and Lonsana Doumbouya and Liam Polworth brought Jamie McDonald into the game.

Greg Tansey latched onto one outside the box but the swerve on the ball brought it too close to McDonald and he saved relatively comfortably, although the shot had plenty of power. That was about as close as we got in a first half lacking endeavour from the home side.

The home fans were looking for a vast improvement after the break, but it was still the visitors that looked more threatening and Coulibaly headed over five minutes after the restart.

Luke Hendrie tried his luck from outside the box but his swerving shot dipped just wide of the net. At the other end, Liam Polworth had a shot blocked as we tried to salvage something from the game but the harder we tried the more frustrating it became.

Substitute Kris Boyd almost extended the lead but his shot was charged down and bounced just wide, possibly glancing off the frame of the goal.

But, if nothing else, we are triers. And God loves a trier. With time running out and all our efforts coming to nothing, Carl Tremarco swung over a deep cross. Aaron Doran nodded it back into the mix and Doumbouya chested the ball to the side, nicking it off the toe of Alex Fisher before forcing it over the line from close range.

There was still some defending to do though and Killie hit the post again as Rory McKenzie drilled a shot from outside the box that hit the outside base of the post with Fon Williams scrambling across his line.

That was it though and the final whistle brought an end to an uninspiring game.

We just about deserved a point for neatness, although Kilmarnock will feel hard done by after passing up some gilt edged chances, especially in the first half. They can also point to a couple of shots that came off the woodwork. On the other hand, we will be thankful that we played rubbish but never lost.

tm4tj MotM is going to a wee guy with a big heart. Carl Tremarco kept plugging away and thanks to his willingness to get down the left flank we snatched a draw from the jaws of defeat. Many wondered why Iain Vigurs was still on the park at the end, but to be honest there were plenty of candidates to catch Richie Foran's eye as suitable bench warmers. A poor day at the office was the general consensus of opinion. Killie played their part in that though and they will be well chuffed with a point in the Highlands.

We are off to Motherwell in midweek and Hearts visit Inverness next weekend. It's not rocket science to see that we will need a vast improvement if we are to take anything from these games. Despite ourselves, we toppled into the top-six on goal difference, and on the bright side, we can only get better. Surely? 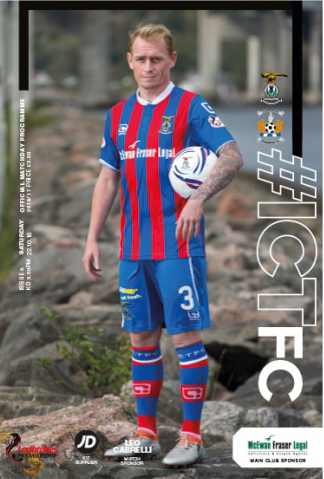