Substitute Daniel Mackay scored the winner with three minutes remaining after Grant Gillespie had scored a screamer to draw Raith level. Nathan Austin had opened the scoring after a goalless first half which Inverness had dominated without over exerting the keeper.

Tom Walsh kept his starting place after his two goals at Cowdenbeath with Shaun Rooney at full back. Daniel Mackay was on the bench with Riccardo Calder and Jordan White.

Raith had former Inverness giant Nat Wedderburn on the bench with ex-Dundee player Kyle Benedictus on from the start.

The hosts started briskly and forced a corner within a minute and continued on the front foot for most of the half.

Thompson saved an effort from Walsh but Austin couldn't dig the ball out and get a shot away from the rebound.

Oakley turned on a through ball but Thompson saved smartly to deny the striker.

Lot's of neat interplay from Inverness but little end product as the half wore on with Raith offering nothing up front. Not surprisingly it ended all square at the break.

Second half was only five minutes old when Oakley held up a ball from Polworth to lay it onto Austin who steered a low shot to the keepers right hand side into the net. Smart opening goal and no more than we deserved.

Could we kick on from here? Well, the answer was no and out of nowhere Raith scored a scorcher of a goal when Grant Gillespie latched onto a loose ball from a corner some 12 yards out and lashed his shot like a missile into the top corner at junction of post and bar.

We struggled to make much headway thereafter until substitute Danny Mackay benefited from a blocked shot from Riccardo Calder on the break to send the fans home happy.

Hard work but an overall deserved win over a defensive Raith Rovers. 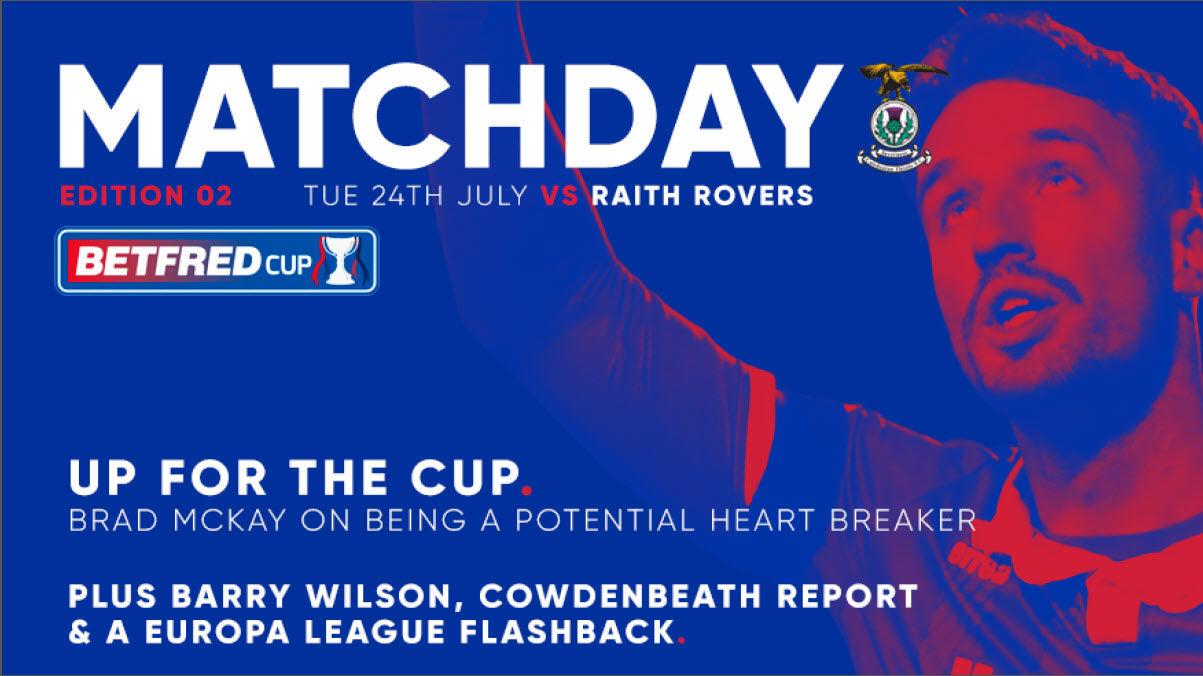