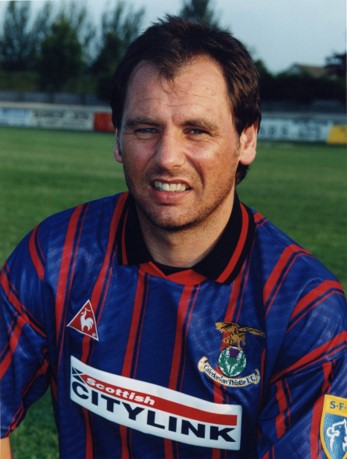 Alan signed for Caledonian in 1986 and after three seasons went to Stirling Macedonia in Australia. Returned to Telford Street in 1990/91 and transitioned from Caledonian to Caledonian Thistle in 1994.

Alan scored 23 goals in 79 appearances. As well as being a terrific footballer, Alan was a top bloke and always made time to speak to those that met him.

Alan sadly passed away from cancer at the age of 52.